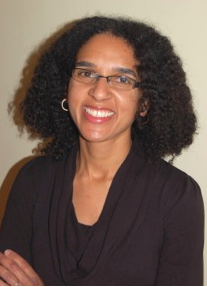 Leondra R. Kruger, 38, of Washington, D.C., has served as a Deputy Assistant Attorney General at the U.S. Department of Justice, Office of Legal Counsel since 2013. She served as an Assistant to the Solicitor General and as Acting Principal Deputy Solicitor General in the U.S. Department of Justice, Office of the Solicitor General from 2007 to 2013. While serving in that office, she argued 12 cases on behalf of the federal government before the U.S. Supreme Court.  “Leondra Kruger is a distinguished lawyer and uncommon student of the law,” said Governor Brown. “She has won the respect of eminent jurists, scholars and practitioners alike.”

“I am deeply honored by Governor Brown's nomination,” said Kruger. “I look forward to returning home to California and, if confirmed, serving the people of California on our state's highest court.”

Kruger was a visiting assistant professor at the University of Chicago Law School in 2007 and an associate at Wilmer, Cutler, Pickering, Hale and Dorr LLP from 2004 to 2006. She served as a law clerk to the Honorable John Paul Stevens on the U.S. Supreme Court from 2003 to 2004 and to the Honorable David S. Tatel on the U.S. Court of Appeals for the District of Columbia Circuit from 2002 to 2003. Kruger was an associate at Jenner and Block LLP from 2001 to 2002.

“I am delighted to congratulate Leondra Kruger on her nomination to the California Supreme Court,” said U.S. Attorney General Eric H. Holder, Jr. “Leondra is an extraordinarily talented attorney who has been a leader within the Justice Department's Office of Legal Counsel and Office of the Solicitor General. Her remarkable judgment, tireless work ethic, and dedication to the highest ideals of public service have marked her as one of the foremost leaders of her profession. I am certain that she will be an excellent and thoughtful Supreme Court Justice who will serve the people of California with distinction for many years. I will miss working with Leondra, but I am proud to join my colleagues in wishing her all the best as she begins a new chapter in her already extraordinary career.”

“Leondra Kruger is a brilliant, deeply principled and eloquent lawyer who has served the Department of Justice and the country with great distinction in the Solicitor General’s Office and more recently in the Office of Legal Counsel,” said U.S. Solicitor General Don Verrilli. “Her character, temperament and wise judgment make her ideally suited to serve as a jurist on the California Supreme Court. I am certain she will make great contributions to the law in the years to come.”

“Leondra Kruger is perhaps the most outstanding lawyer in America right now under the age of 40. She is known for meticulous preparation before her arguments in the United States Supreme Court, her absolute dedication to candor and her unwavering commitment to fairness,” said former Acting U.S. Solicitor General Neal Katyal. “She served the United States Justice Department with marked distinction, and will make a historic, fabulous, Justice on the California Supreme Court. California, and the nation, could do no better than Leondra Kruger.”

“Leondra is an outstanding lawyer and was an even better colleague at the Office of Solicitor General. She combines an understated and easygoing manner with a keen legal mind and unquestioned integrity,” said former U.S. Solicitor General Paul Clement.

“Leondra is an exemplary, outstanding graduate of the Yale Law School,” said Yale Law School Dean and Sol and Lillian Goldman Professor of Law Robert Post. “She has a proven track-record of exceptional public service and achievement. I am confident that she shall become a superb Justice, a magnificent fiduciary for the laws and welfare of the people of California.”

Kruger will replace Associate Justice Joyce L. Kennard, who retired from the court earlier this year. The compensation for this position is $225,342.