Sacramento, California - Governor Gavin Newsom signed the Fair Pay to Play Act (SB 206) by Senator Nancy Skinner (D-Berkeley) and Senator Steven Bradford (D-Gardena) on a special episode of UNINTERRUPTED’s The Shop, which gives college student athletes in California the ability to benefit financially from their name, image and likeness.

Currently, student athletes are barred by the National Collegiate Athletic Association (NCAA) from earning compensation from their association with college sports even though their respective college or university can make millions from their athletic performance. That participation often comes at great risk to students’ health, academic success, and professional prospects. Nationwide, colleges and universities make $14 billion each year from student athletics and the NCAA takes in $1 billion annually.

The bill, which passed the California Legislature with overwhelming bipartisan support, becomes the first law of its kind in the nation to allow college student athletes to profit from their name, image and likeness. 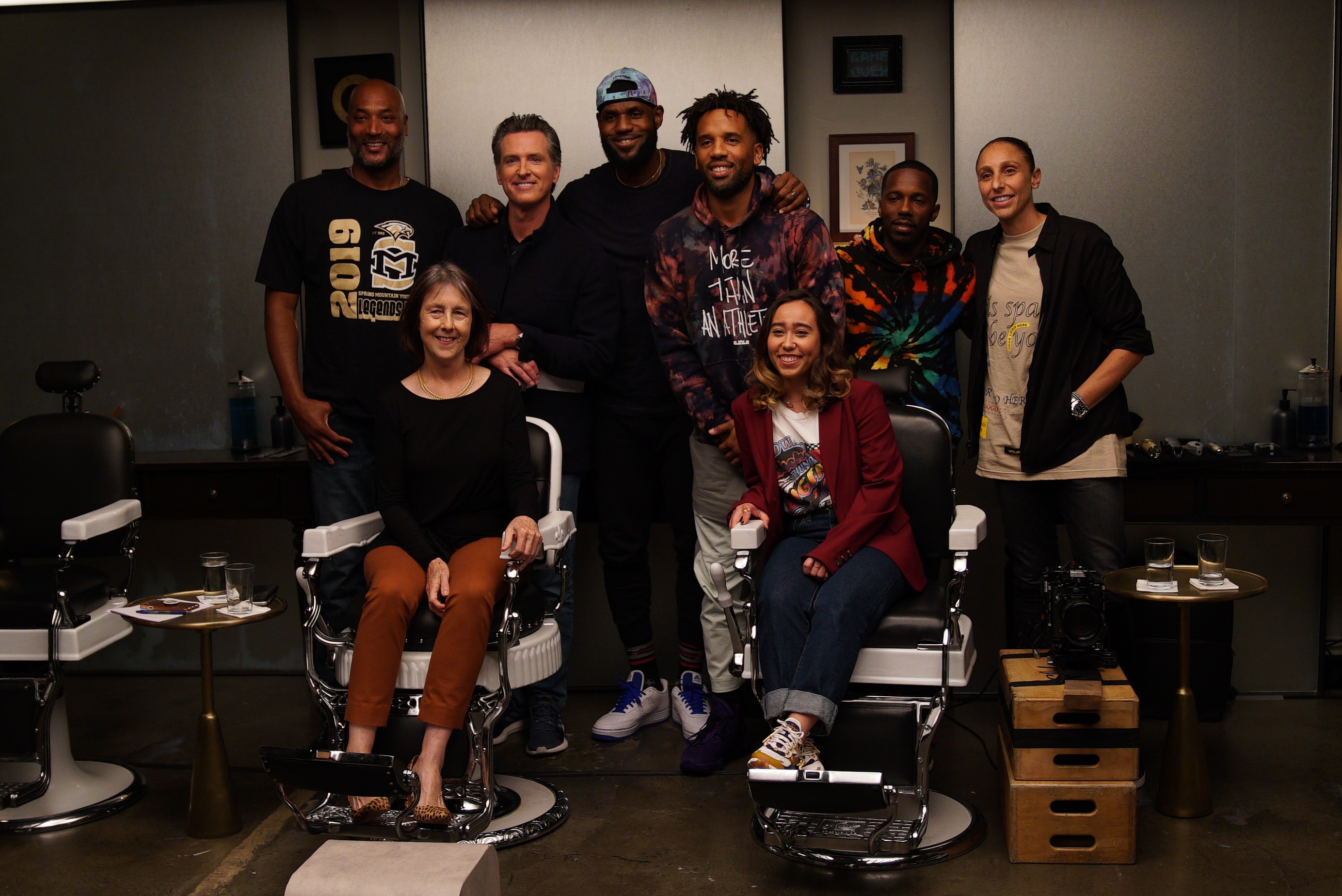 “This is the beginning of a national movement – one that transcends geographic and partisan lines,” said Governor Newsom. “Collegiate student athletes put everything on the line – their physical health, future career prospects and years of their lives to compete. Colleges reap billions from these student athletes’ sacrifices and success but, in the same breath, block them from earning a single dollar. That’s a bankrupt model – one that puts institutions ahead of the students they are supposed to serve. It needs to be disrupted.”

“This is truly a historic moment for college athletes. Gov. Newsom once again shows why he is a national trailblazer,” said state Senator Skinner. “Signing SB 206 makes California the first state to restore to student athletes a right everyone else has: the right to earn money from their name, image, and likeness. Thank you, Gov. Newsom, and your staff, for this groundbreaking achievement.”

“While our student athletes struggle to get by with basic necessities such as food and clothing, Universities and the NCAA make millions off of their talent and labor. College coaches are now some of the highest paid employees in the country because of the talented young men and women who play for them.” said Senator Bradford. “SB 206 addresses this civil rights issue of today, which is about fairness and equity. Our colleges and universities should no longer treat student athletes as chattel, but as the valued individuals they are. This measure will afford them the right to control their name, likeness and image. It is only right and long overdue.”

During the episode of The Shop, James – a vocal proponent of SB 206 – praised the changes in the bill. Former college student athletes Ohashi, O'Bannon and Taurasi shared how NCAA rules prevented them earning income from their hard work – all while their respective colleges made millions.

“This is a game changer for student athletes and for equity in sports,” said James. “Athletes at every level deserve to be empowered and to be fairly compensated for their work, especially in a system where so many are profiting off of their talents. Part of the reason I went to the NBA was to get my mom out of the situation she was in. I couldn’t have done that in college with the current rules in place. This bill will help students athletes who are in a similar situation.”

Starting on Jan. 1, 2023, the Fair Pay to Play Act will allow all student athletes enrolled in public and private four-year colleges and universities in California to earn money from their name, image, or likeness. Student athletes will also be able to hire sports agents, and not lose their scholarships if they receive income for their work. Further, SB 206 prohibits California colleges from enforcing NCAA rules that prevent student athletes from earning compensation, and will prevent the NCAA from banning California universities from intercollegiate sports if their athletes sign sponsorship deals.

Governor Newsom has long been a champion of reforming college sports and protecting student athletes. As a member of the UC Regents, he sponsored and ultimately passed a package of reforms to ensure UC students are able to compete in the classroom – not just on the field.